Ochna is another example of an ornamental species escaping into bushland. A native of Africa, it has been widely planted in Australian gardens for its strikingly attractive flowers. It is a significant environmental weed in south-east QLD, eastern areas of NSW and Lord Howe Island.

Description
Ochna grows as a shrub that is erect and woody up to about 1.5 m high. Leaves are up to 5 cm long, narrow and glossy with serrated margins. New growth usually has a bronze tinge. Flowers are bright yellow. 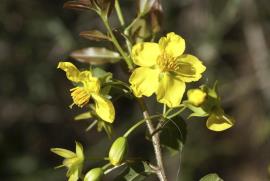 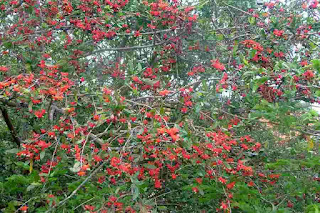 The petals fall off, leaving the sepals which turn scarlet red when the fruits appear. Fruits are initially green, turning glossy black in summer. Root is an angled tap root that is easily broken when hand pulled, hence Ochna easily reshoots.

Removal
For young seedlings hand pulling from down where the seedlings come out of the ground is generally the most successful method of control. Take care not to break the tap root. Larger individuals may need to be grubbed out with a mattock. Never put Ochna fruits or seeds in your green bin.

Glyphosate can be used to remove Ochna using the Scrape and Paint method. Scrape all the stems at the base with a sharp knife and apply undiluted Glyphosate. Wait for the plant to defoliate and remove above ground parts.

Native Fuschia (Correa species and cultivars)
There are many attractive species and cultivars of the native Correa. Most tolerate drought and poor soils, although some of the larger species such as Correa lawrenceana typically grow in moist situations. All have bell-shaped flowers which attract honeyeaters.
Guinea flower (Hibbertia species)
With masses of bright yellow flowers, and easy to grow, several species of Hibbertia, e.g. Hibbertia empetrifolia, are commonly available from nurseries. Like most Australian native plants, they require good drainage. 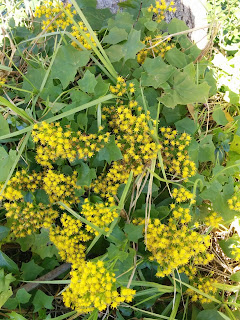 Cape ivy, a native of southern Africa, was once widely grown as a garden ornamental. However, it is now recognised as an environmental weed, especially along the east coast of Australia. It is also a problem in NZ, Hawaii and the USA.

Cape ivy is a climbing vine or creeping groundcover with slightly fleshy stems and leaves. The leaves are bright green, somewhat fleshy, and lobed so that they resemble ivy leaves. The stems are often purplish when young, and rather weak, eventually become woody when mature. The small yellow flower-heads are borne in dense clusters in the leaf forks or at the tips of the branches. Flowering occurs mainly during winter and spring. 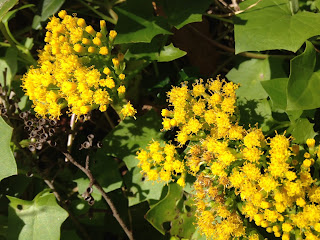 Cape ivy can be highly invasive and suppresses native vegetation by carpeting the ground and climbing into the canopy. It prevents the growth and regeneration of native species

Cape ivy is spread by seed and vegetatively. Seed is dispersed by wind and water, and the stems can root at the nodes when in contact with soil creating another plant. Also, Cape ivy is often spread by the dumping of garden waste on bush land edges.

Hand weeding is the preferred method of removing Cape ivy. As it roots at the nodes, all material should be placed in your red bin. Control should be undertaken before seeds have matured. Vines in trees can be cut and left to die and disintegrate. 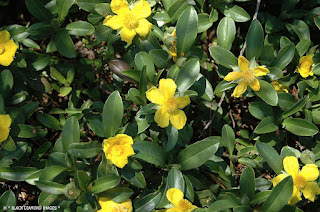 Snake vine, Hibbertia scandens
This local vine has bright green leaves with large yellow flowers. This is a vigorous climber or scrambler which grows to 2 to 5m wide or high 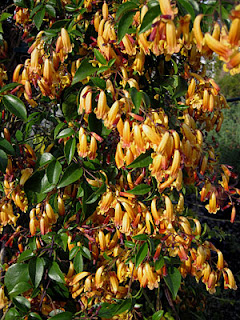 Wonga wonga vine, Pandorea pandorana
This is a vigorous Australian native twining plant. A number of selected colour forms of this species have been brought into cultivation, the most common is 'Snowbells' with pure white flowers and 'Golden Showers' with yellow-bronze flowers. 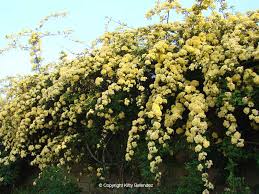