Native to eastern Asia, Japanese sacred bamboo is considered an environmental weed in NSW. This species is currently of most concern in the wider Sydney and Blue Mountains region in central New South Wales. It is currently not very widespread or common, but its abundance and range is increasing. It is also an invasive weed in large parts of south-eastern USA where it is displacing native vegetation. 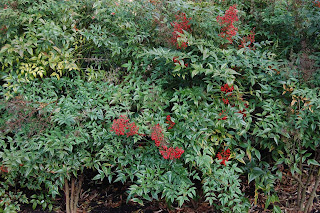 Sacred Bamboo is generally grown for its foliage which has colourful red and green leaves. Small, white flowers are followed by red berries in autumn. It was a popular planting around a certain takeaway at one time. Birds spread the berries into bushland, and that is when it becomes a problem. Many reports also suggest that the berries are toxic to a range of animals, including dogs, cats and cattle. It has been known to kill birds when they gorge on the berries. 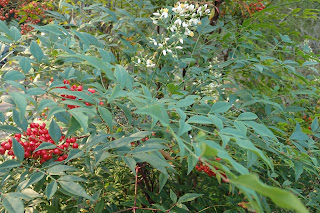 Control: remove and bag the berries and place them in your red bin. The whole plant can then be dug out and placed in the green bin. 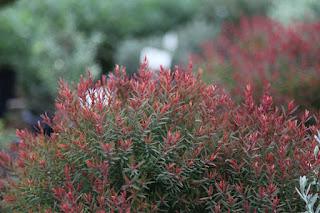 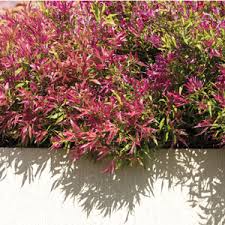 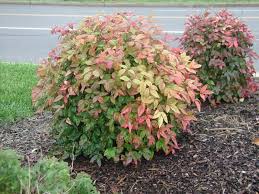 Dwarf sacred bamboo Nandina domestica ‘Nana’ There are a few cultivars available that do not produce seeds, and still provide the contrasting red foliage.