It is just over 12 months ago that I first became aware of Coolatai grass. My daughter asked me if the grass growing below the netball courts on the bike track was Coolatai grass. I took photos and asked the Illawarra District Weeds Authority for confirmation. Unfortunately, it was. I subsequently found out that it was already growing in the old rubbish tip area and the IDWA had been spraying it with herbicide once a year. In October last year, they included some of the bike track outbreak in their spraying visit. Unfortunately, once a year spraying is not going to remove it. The Helensburgh Off Road Cycle Club has had a few working bees to try to tackle the problem. 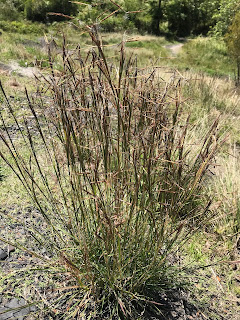 Coolatai grass is a long-lived perennial that produces short rhizomes that form dense grass tussocks and grow to 1.5 m. Being drought tolerant, it has the ability to rapidly respond to rain, producing new culms from the tussock base and flowering in a matter of weeks. It is well adapted to fire, with tussocks surviving hot burns. 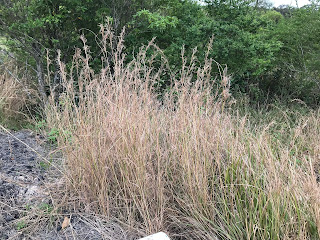 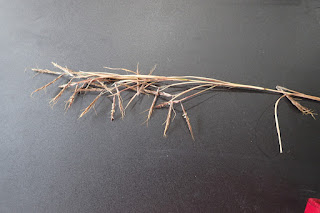 I believe it has been spread into Helensburgh by trucks and machinery. As well as the old tip and the bike track, I have this year noticed it growing along the roadside in Walker Street, opposite Cemetery Road. Unfortunately, it was disturbed during the 2021 re-surfacing of the top part of Walker Street, and there is every chance that it will continue to spread along Walker Street.

If you see Coolatai grass growing on your property, please remove it before it flowers and sets seed. You could also report it to David Pomery at dpomery@isjo.org.au